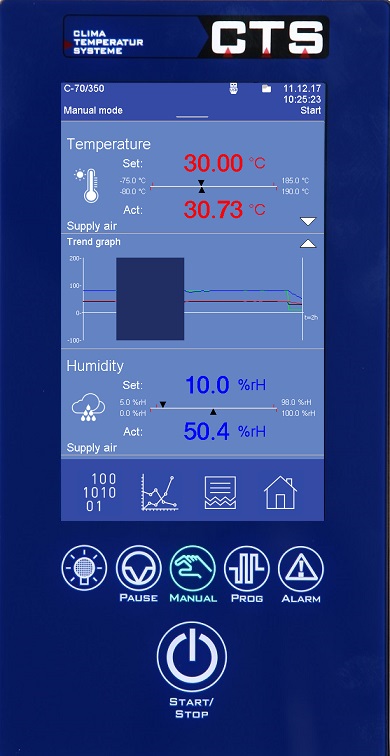 Despite the new look, the users will be able to handle it very quickly, because we are using same symbols for the main function like for the former touch display and also self-explaining icons.